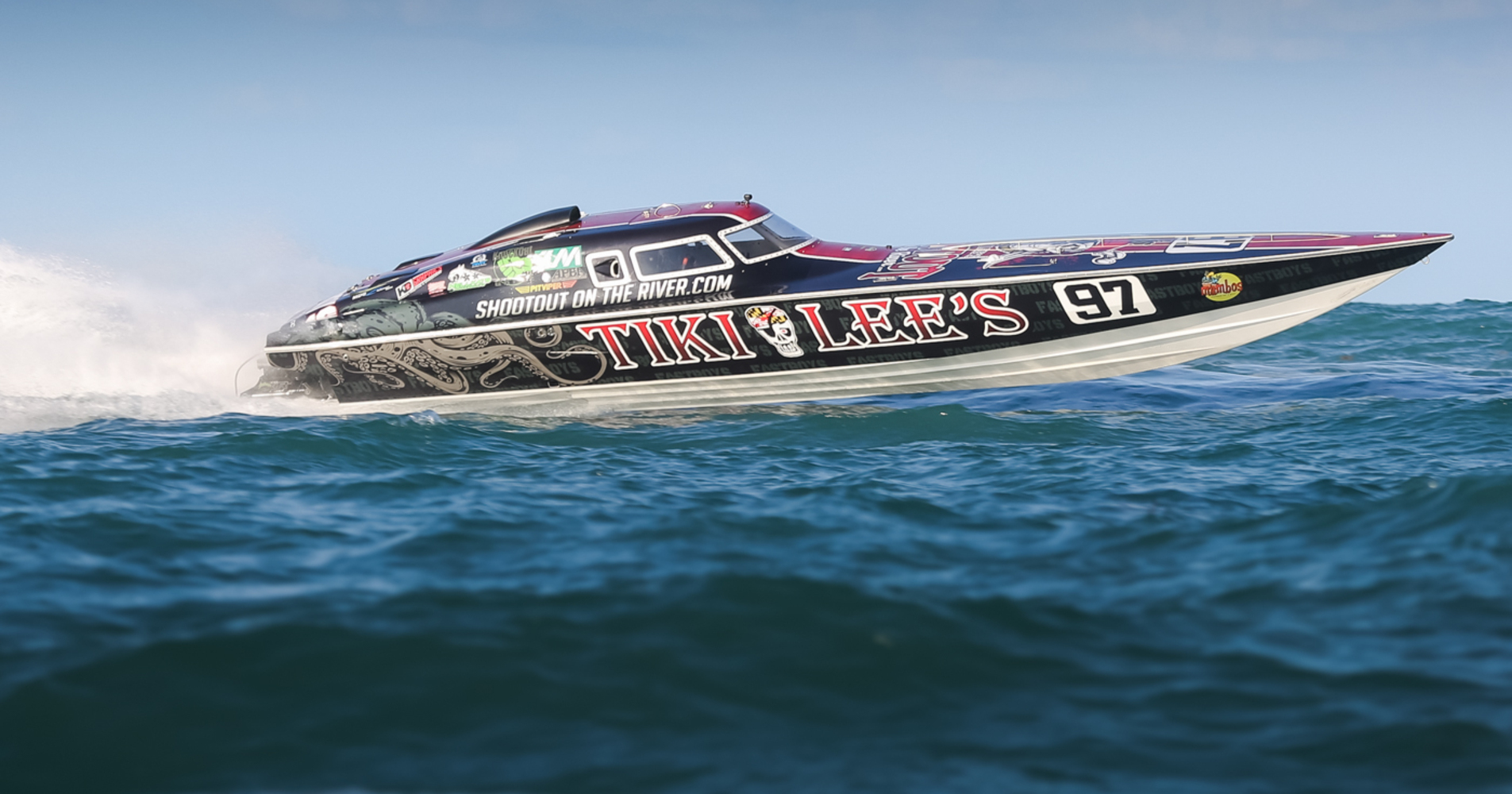 No other boat was involved in the incident

There was an incident in the second race, in the Stock V class, today which resulted in race boat 97 Tiki Lee’s/Fastboys Racing being damaged and towed back to the pits. No other boat was involved in the incident.

One of the crew members is being treated for a leg injury at a local hospital.

More details will be posted on this site when available.

During the same race, 51 Sunprint, in the Mod V class also had a spin out but no injuries to the crew.

The cause of the incident was due to the boat hitting a wave at speed, being propelled into the air and then ‘stuffing’ into the water.

The leg injury sustained by one of the crew members required surgery but he is recovering well and is in good spirits. He is expected to travel home later today.