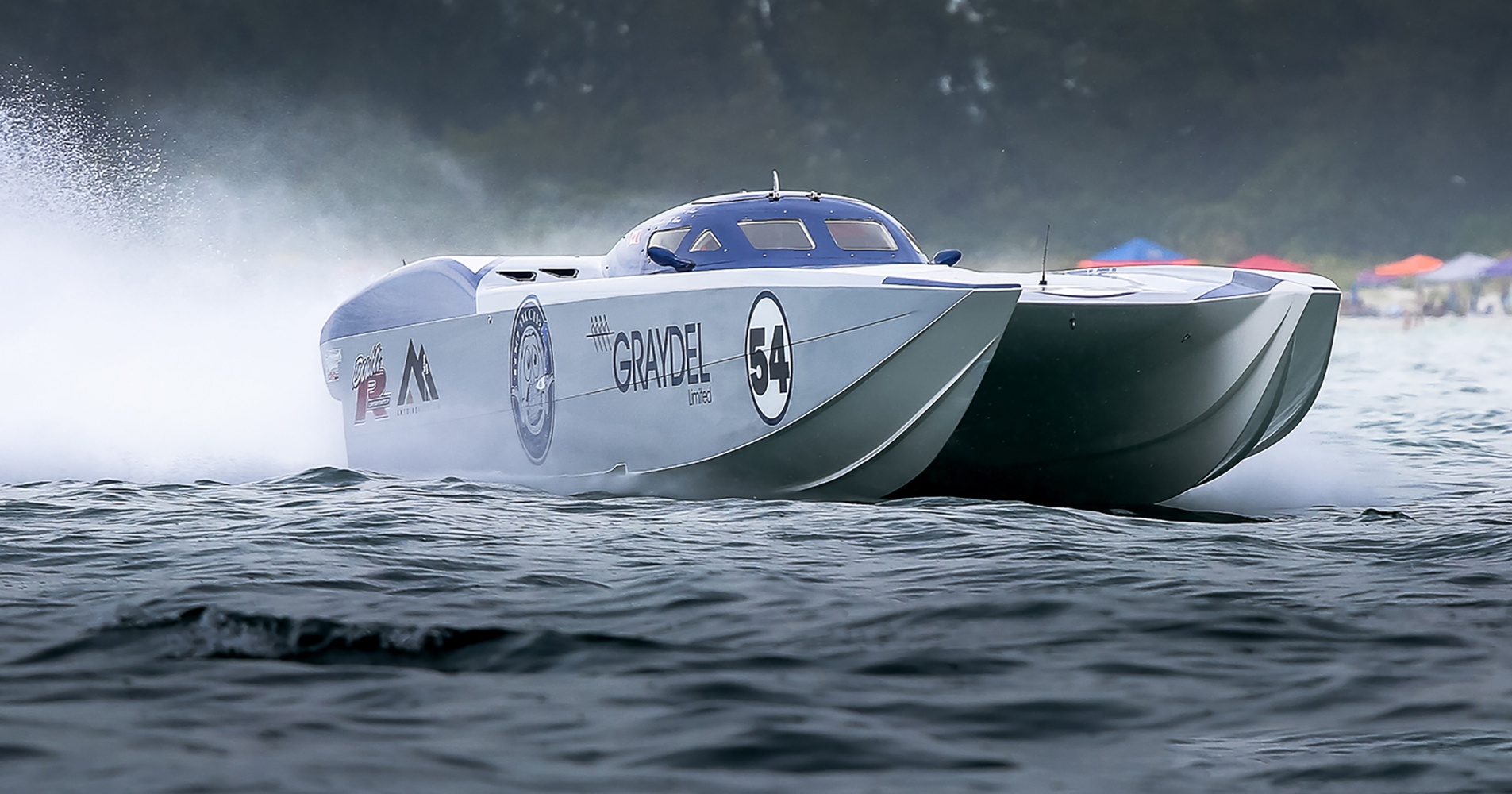 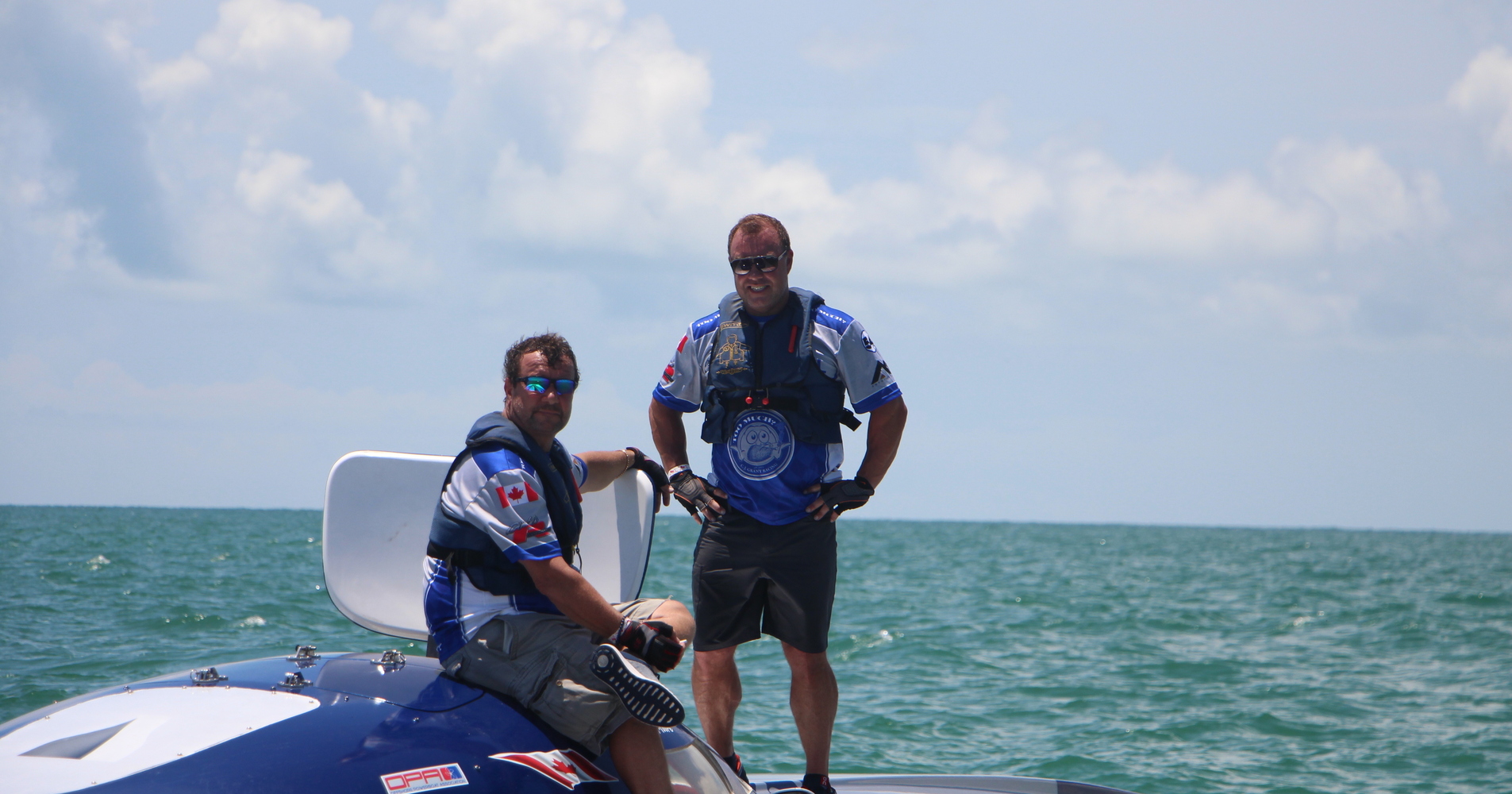 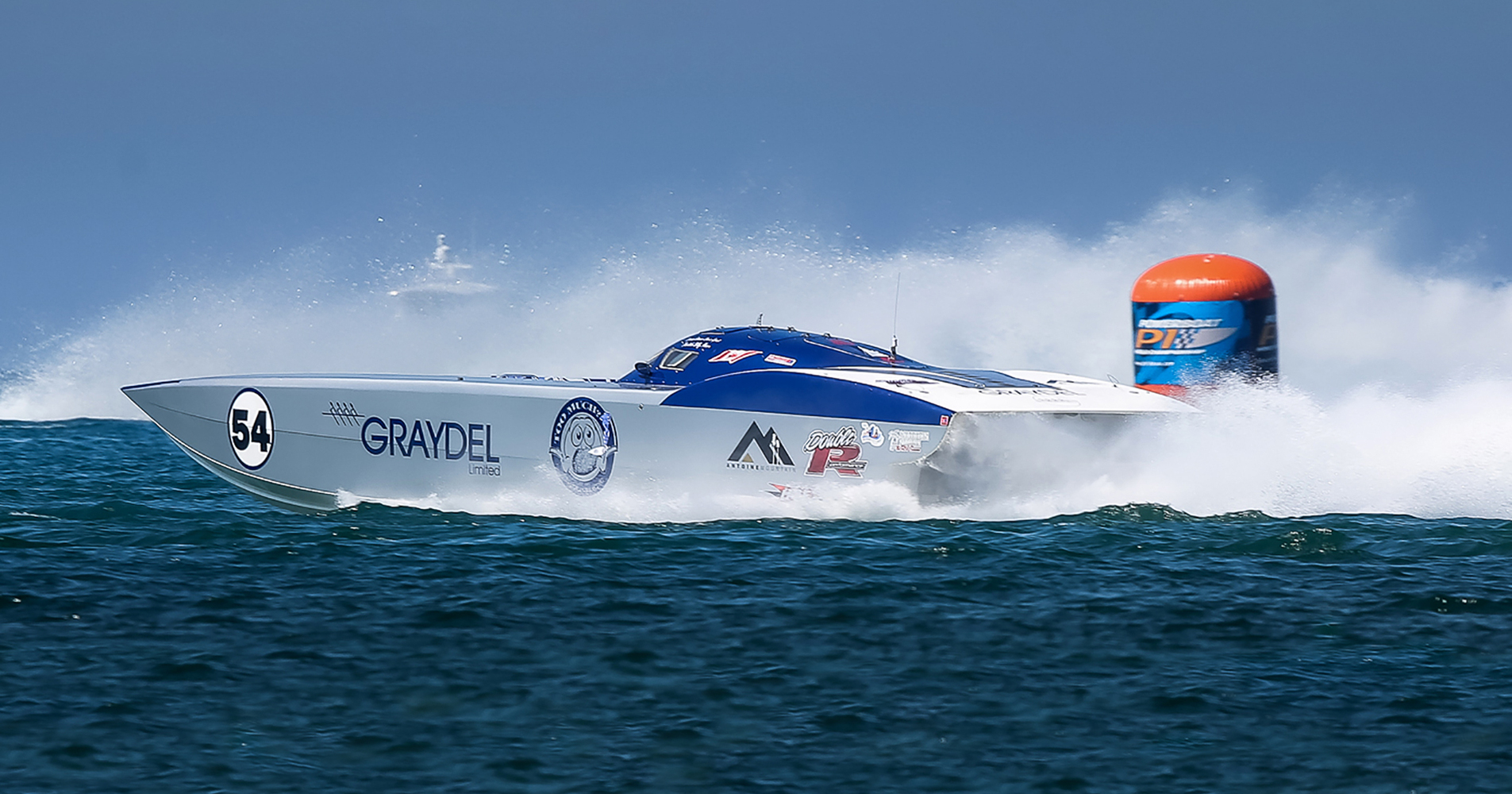 Chris and Billy in race action 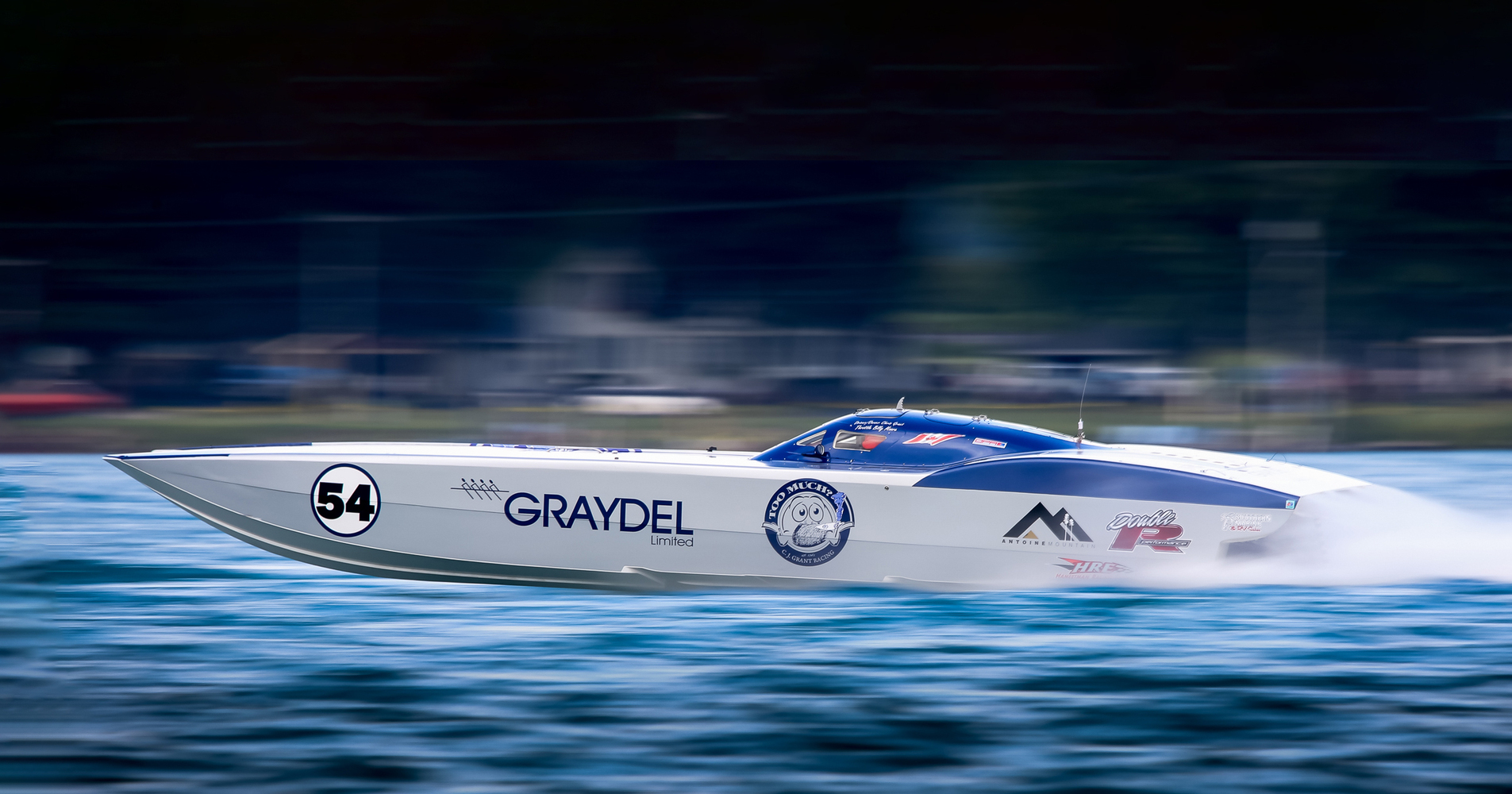 Canadian Chris Grant Pumped to Get Back to Racing

From an article that first appeared on the BoatBlurb.com website

My C.J. Grant Racing/Graydel team is hoping to get down to Florida in late July for testing and we have booked our first race in St. Petersburg in early September...
Chris Grant
C.J. Grant Racing and CEO Graydel Ltd

People on both sides of the 5,500-mile US-Canadian border are wondering when the two governments will ease border-crossing restrictions imposed in the early days of the Covid-19 pandemic in March 2020. One man who has circled July 21 on the calendar in anticipation of the border closure being reevaluated is Toronto-based businessman and powerboat racer Chris Grant.

I caught up with Chris last week on an international call from my office in the Powerboat P1 headquarters in London and he told me about his hopes and plans to return to racing in September. “It’s unclear when the border will fully reopen but with increasing vaccination rates and dropping infection rates many people are optimistic that there will be a progressive easing of the measures at the border,” said Chris. “The United States and Canada were like one world before coronavirus and we never imagined it would last this long,” he added. People entering Canada must quarantine for two weeks on arrival and it is enforced by the Royal Canadian Mounted Police.

I asked Chris about his thoughts on competing in this season’s APBA Offshore National Championship which got underway in Cocoa Beach, Florida at the end of May. “My C.J. Grant Racing/Graydel team is hoping to get down to Florida in late July for testing and we have booked our first race in St. Petersburg in early September,” he told me. “Then we’ll move on to Clearwater and Fort Myers in October and end the season at the Key West World Championship in mid-November. So not too bad if everything comes together and we can don’t have to quarantine when he head home to Ontario.”

Just a few minutes into the telephone conversation it became very clear that there’s a lot more to this 60-year-old than just powerboat racing. He’s President of Graydel Limited – the name appears on the side of his 42-foot, twin-engine MTI Super Cat race boat – which is celebrating its 30th birthday as a successful commercial contractor specializing in design/build, commercial and industrial projects.

His latest venture is luxury condo garages which are new to Canada and another of his businesses takes him to the Upper Laurentian Mountains in northeastern Ontario and the world of skiing. Chris is a keen skier and in 2014 he became involved with the redevelopment of Antoine Mountain ski resort. “Roy, you should visit us and enjoy a pure Canadian experience in the mountains that are sprinkled with lakes and picturesque villages,” he tells me proudly. “We have 15 perfectly groomed runs, a true vertical of 630 feet with scenic views in every direction and a new, redesigned chalet at the base of one of Ontario’s highest mountains.”

After his engaging advertisement for a winter holiday in Canada, Chris took me back to his childhood love of boats that has now become the realization of a life-long dream to compete with the best offshore racers in the country. In May 2019 he moved from having fun in his 42-foot Fountain Lightning to driving a twin-hull catamaran in the Super Cat class of the APBA race series with experienced throttleman Billy Moore from North Carolina alongside him in the cockpit. C.J. Grant Racing is pumped to get back into action and I hope Chris and Billy get the news they want to hear on July 21.