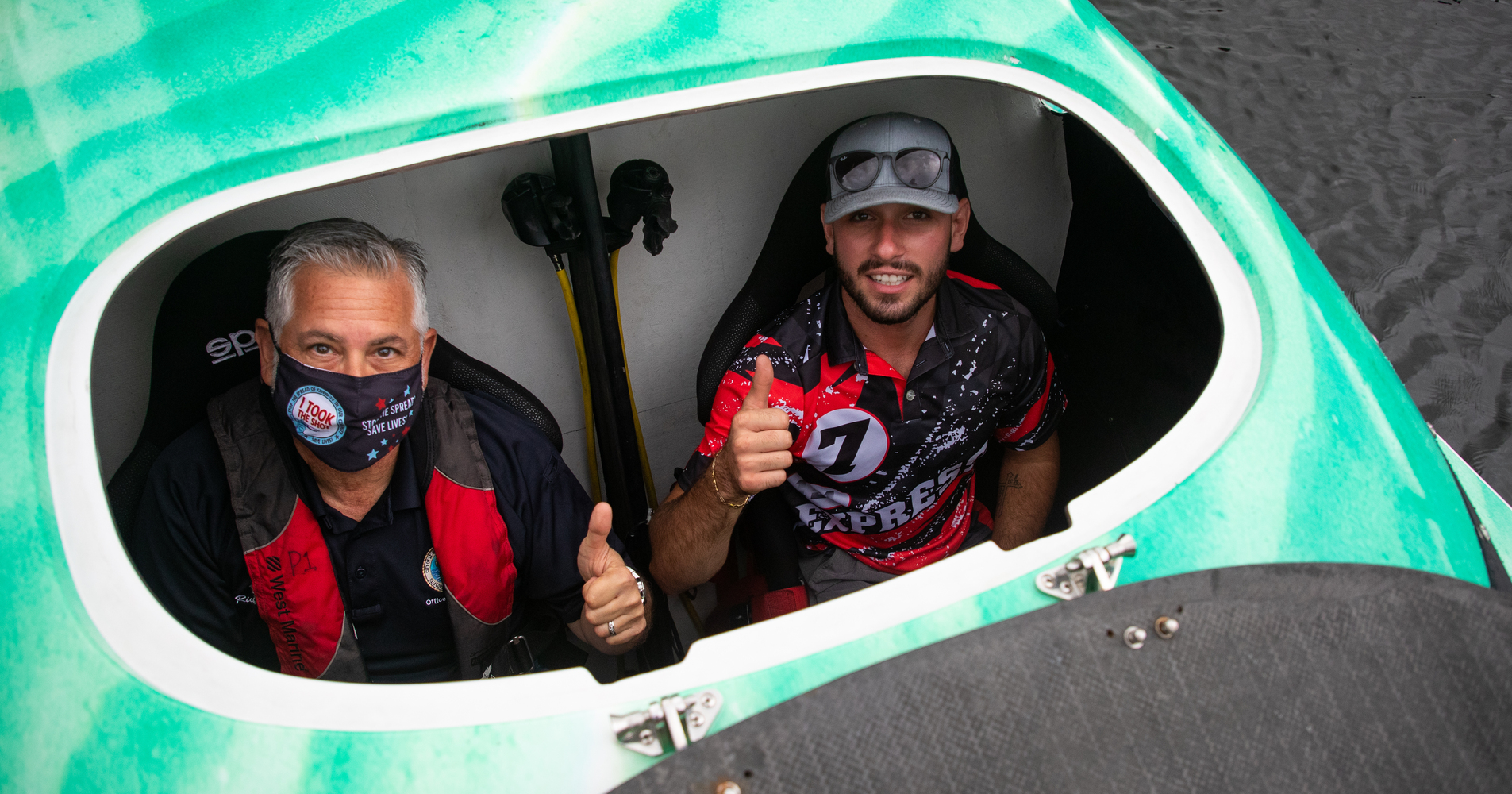 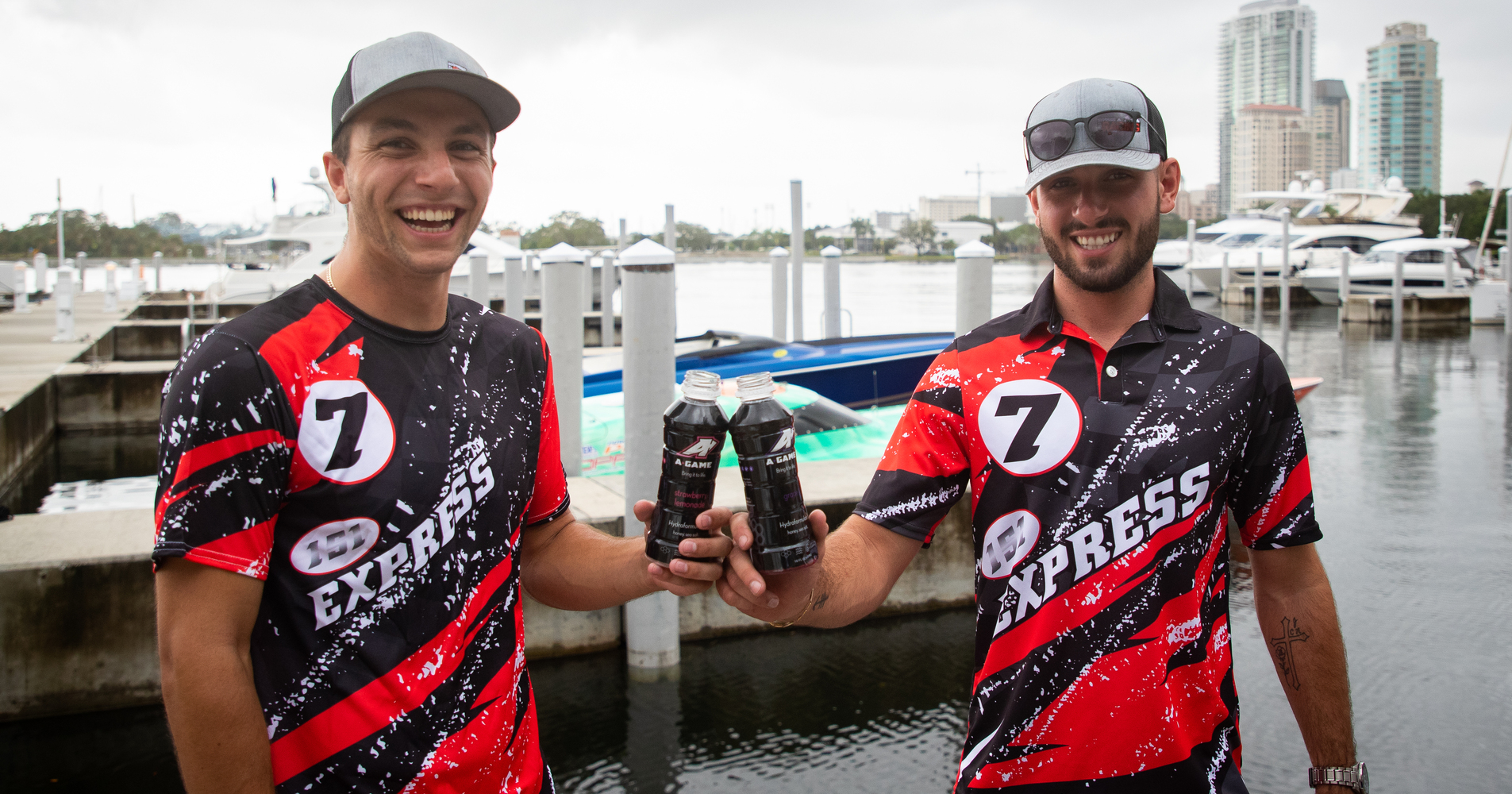 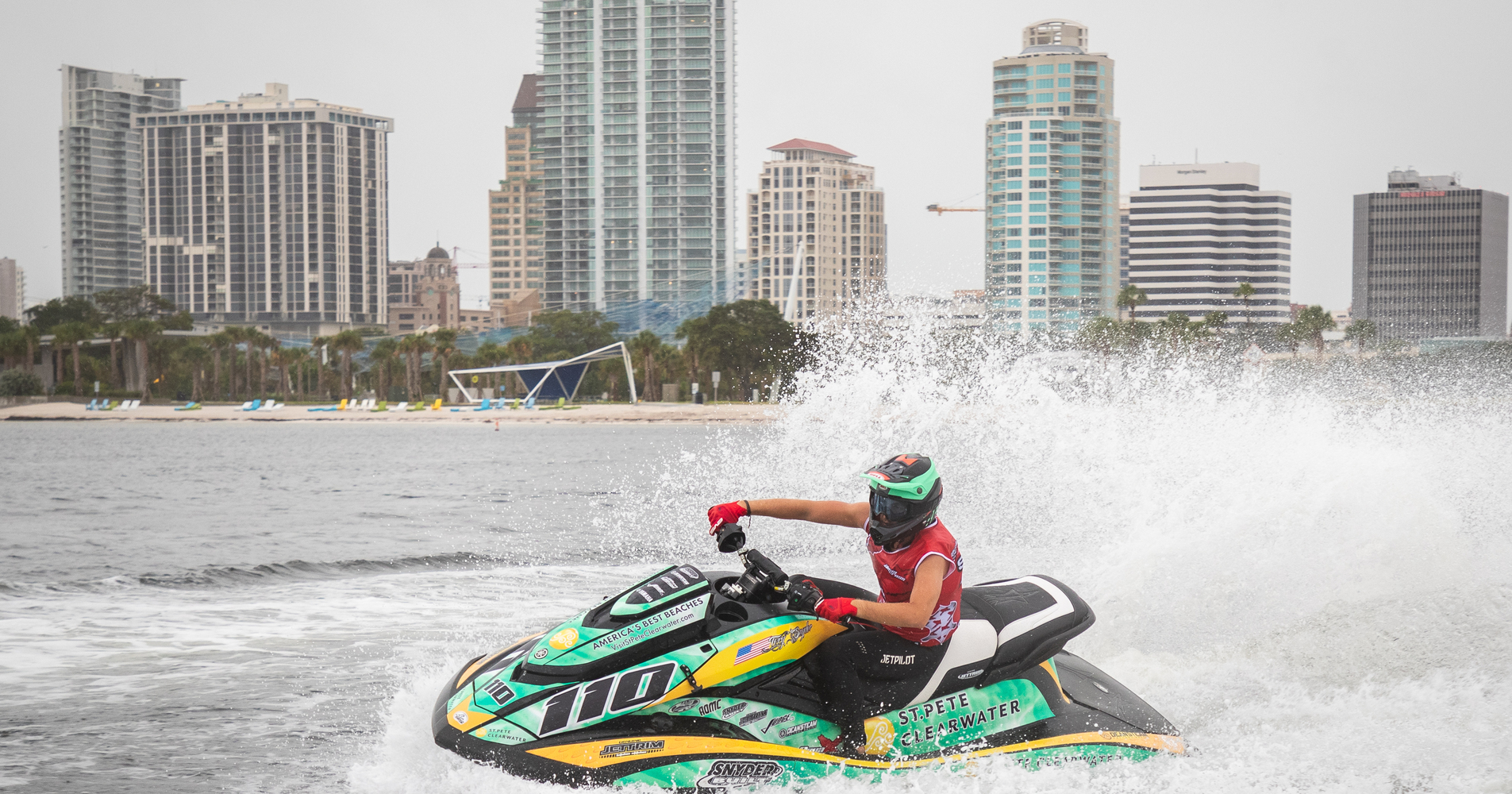 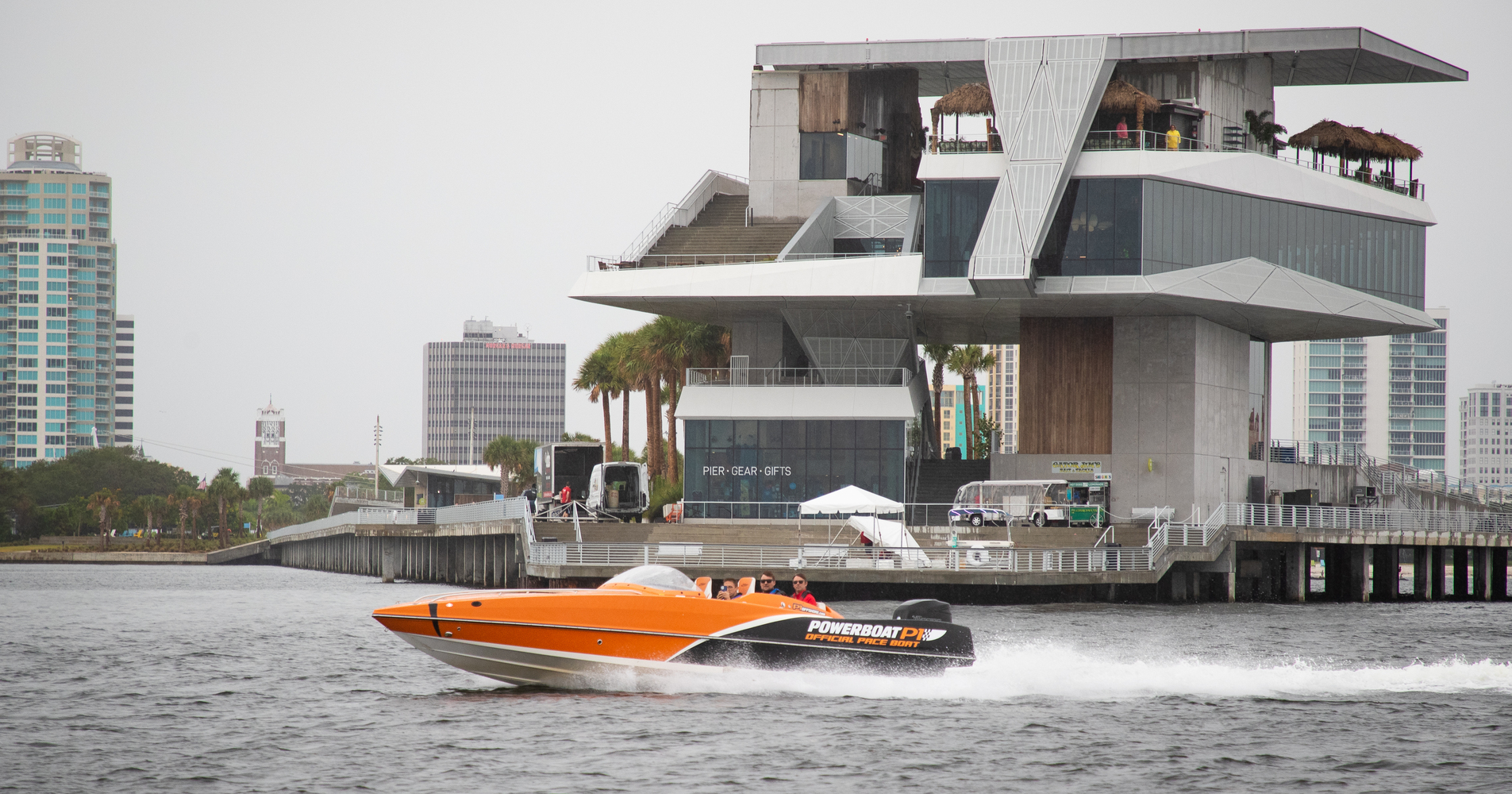 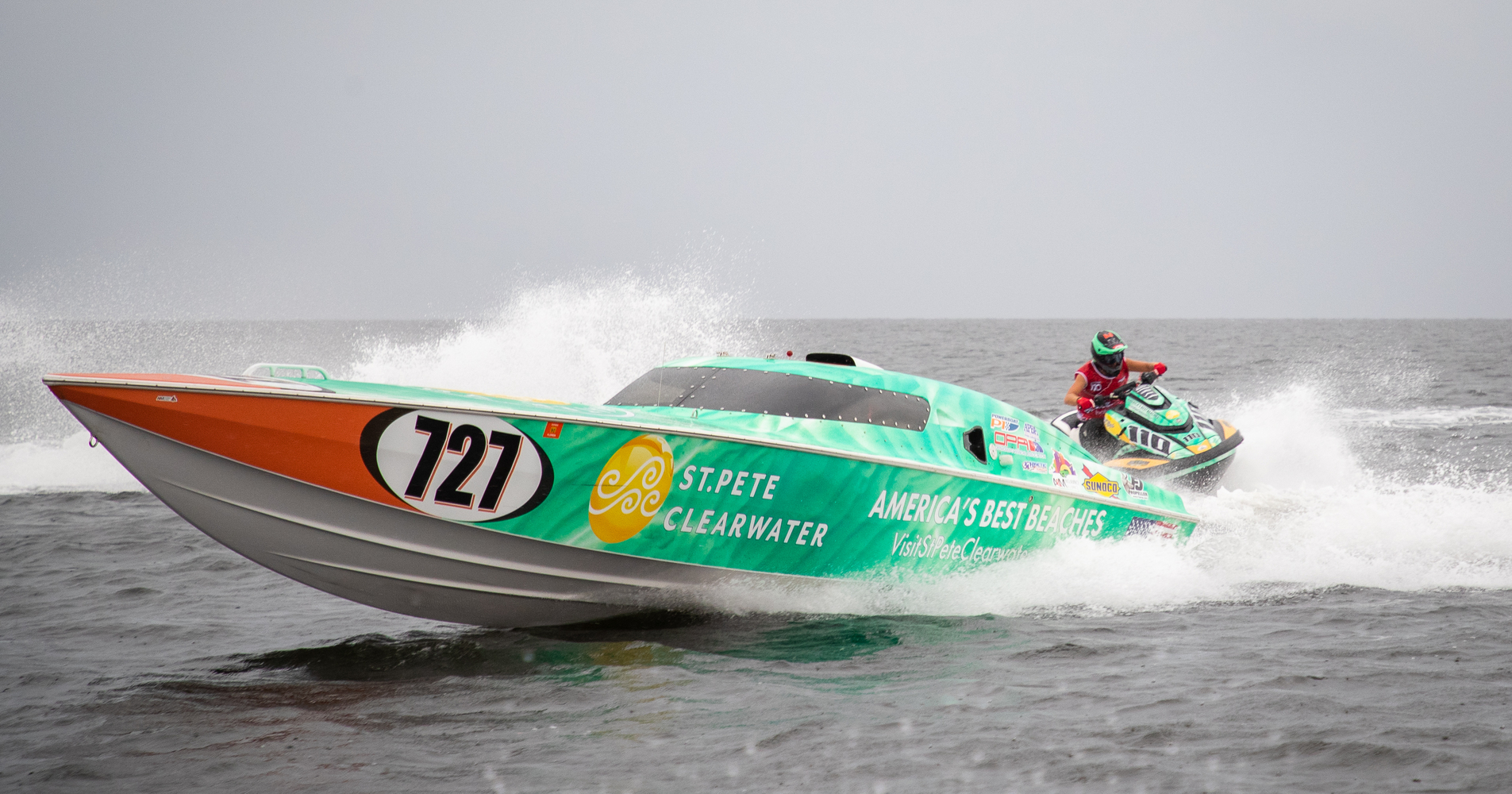 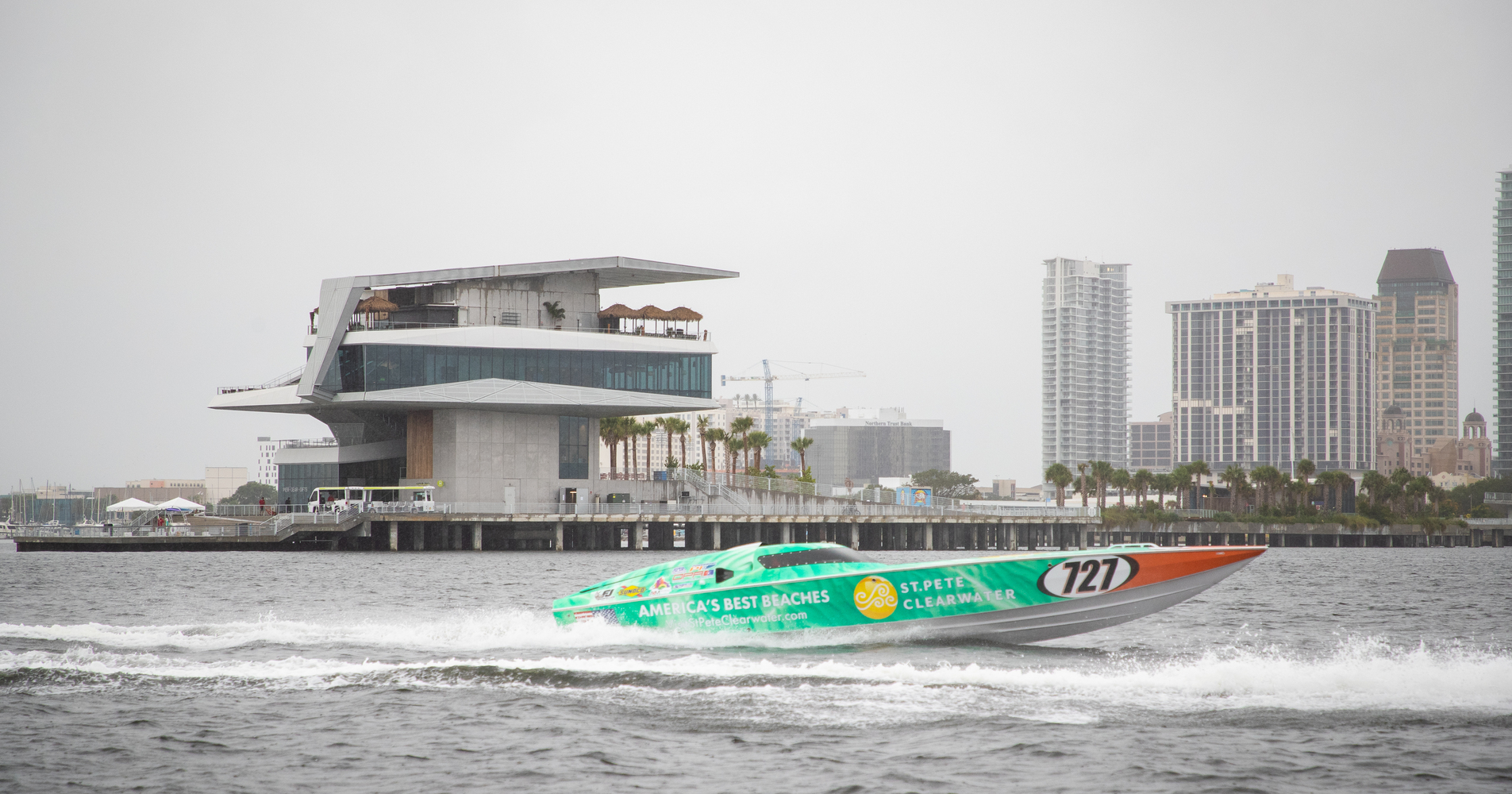 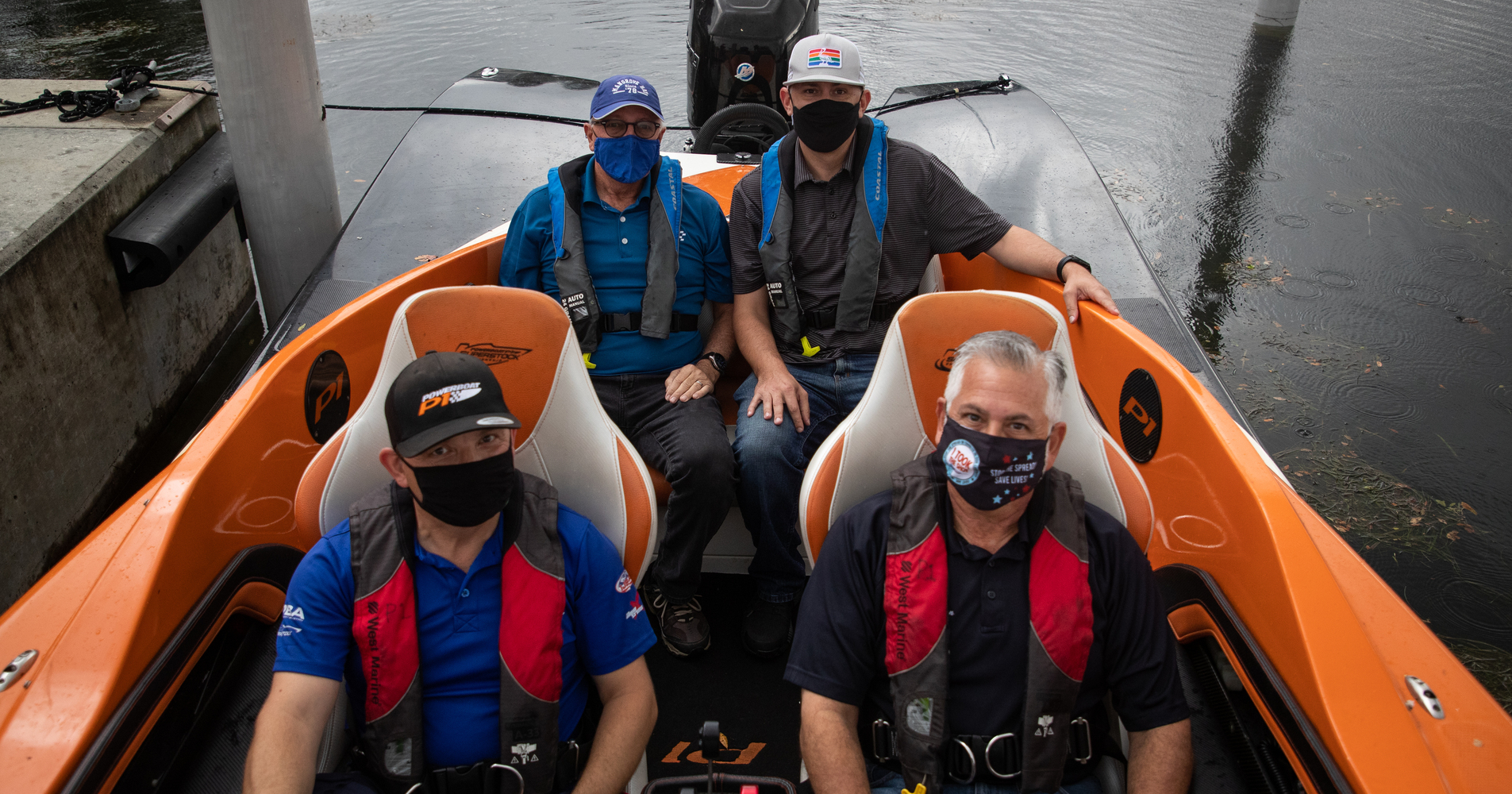 Powerboat P1 racers Nick Imprescia and Ian Morgan, played host to St. Petersburg Mayor Rick Kriseman yesterday. Meeting up at St Pete's impressive new pier. The Mayor was introduced to Nick and Ian, who race #727 Visit St Pete Clearwater/151 Express. The 32' long powerboat races in the Mod V Class and has a 700hp engine. It is currently in fourth place this season in the national championships. After a high-speed jaunt in the P1 pace boat, Mayor Rick was shown around the powerboat by throttleman Nick Imprescia. The boats were accompanied by rising star of P1 AquaX Enduro Pro, Tory Snyder on his 350hp Yamaha jet ski, also branded Visit St Pete Clearwater. Tory is currently third in the professional rankings.

It was great to have you onboard, Mr Mayor. Thank you for having us in St Petersburg!

In other news, Supercat boat #5 WHM Motorsport has had to retire from the St Pete event. Owner and driver, Billy Mauff, has been badly hit by the storms and tail end of hurricane Ida. A huge part of Billy and his wife June's property and home had collapsed into a massive sinkhole. Due to the urgent priority to make their home safe, it was decided that they would not be able to attend this weekend. Our thoughts go out to Billy and June and we hope that they can get things safe and back to normal as soon as possible.