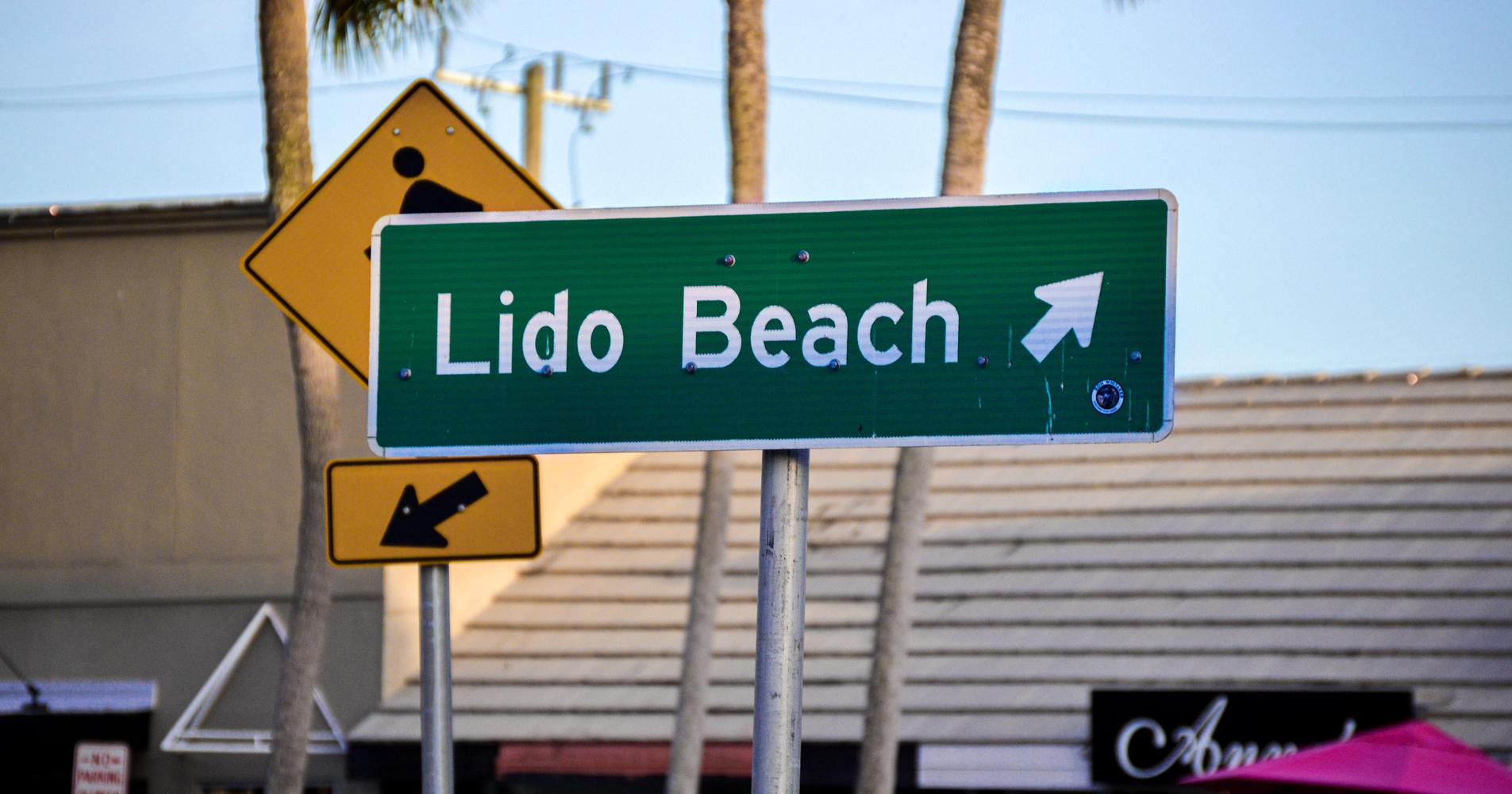 As a Sarasota native, I recognize the historic value this event brings to the community. We value the heritage and prestige of this event and aim to add new experiences for fans. This is going to be a standout year for powerboat racing in Sarasota with one of the largest fleets of race boats in recent years. I’m excited for fellow locals to experience everything that the Grand Prix weekend has to offer.
Cole McGowan
Powerboat P1 USA, Director of Communications

Powerboat P1, the London-headquartered international marine motorsport promoter, has announced the historic Sarasota Powerboat Grand Prix will return on the weekend of July 1-3. As one of Sarasota’s longest-running events, the grand prix generates millions of dollars in economic impact for the community annually. More than 60 race teams are expected to attend this year with teams and drivers from around the world, including Australia, Italy, Sweden, New Zealand, Cayman Islands and Canada.

The event, presented by Visit Sarasota County, will kick off on Friday July 1st with the traditional downtown block party giving fans the opportunity to meet the teams and see the boats up-close on Gulfstream Avenue from 6:00-10:00pm. Attendees will enjoy live music and drinks, and can interact with the drivers in front of their race boats.

Sunday will feature a full day of racing with P1 AquaX, P1 Offshore and the high-speed Class 1 boats all in action. There will be a new P1 Village fan zone in the Lido Beach parking lot on Sunday, complete with vendors including food trucks, a beer garden, merchandise, fun activities, and live music. Lido Beach will also feature P1’s VIP hospitality suite, offering a catered lunch, open bar, lounge seating and televisions to enhance the race viewing experience.

Sarasota is our biggest race of the year and we’re thrilled to be returning with Visit Sarasota County as our presenting partner, Sarasota is an idyllic venue with a rich, storied history of powerboat racing. We have a powerful platform through our international television broadcasting to showcase this beautiful city to the world, and we want to encourage everyone, local or tourists, to enjoy all that there is to experience here.
Azam Rangoonwala
Powerboat P1, CEO

The P1 Offshore Sarasota Grand Prix presented by Visit Sarasota County will be televised globally as well as in the U.S. on CBS Sports Network and Bally Sports Regional Networks, showcasing the white sugary sands of Sarasota’s beaches and the vibrant downtown city life.“Sarasota is our biggest race of the year and we’re thrilled to be returning with Visit Sarasota County as our presenting partner,” said Azam Rangoonwala, CEO of Powerboat P1. “Sarasota is an idyllic venue with a rich, storied history of powerboat racing. We have a powerful platform through our international television broadcasting to showcase this beautiful city to the world, and we want to encourage everyone, local or tourists, to enjoy all that there is to experience here.”

“For decades, the races have been a unique summer event that appeals to both locals and visitors. We recognize and thank the Powerboat P1 team for the thorough planning alongside multiple Sarasota entities, ranging from environmental groups to law enforcement, to make this event safe and enjoyable for all,” said Virginia J. Haley, president of Visit Sarasota County.

”As a Sarasota native, I recognize the historic value this event brings to the community,” said Cole McGowan, Powerboat P1’s Director of Communications. “We value the heritage and prestige of this event and aiming to add new experiences for fans. This is going to be a standout year for powerboat racing in Sarasota with one of the largest fleets of race boats in recent years. I’m excited for fellow locals to experience everything that the Grand Prix weekend has to offer.

P1 Offshore is the flagship championship of preeminent marine motorsport promoter, Powerboat P1 USA. P1 Offshore has been granted exclusive worldwide rights to film and distribute its offshore events for the next five years by the American Power Boat Association (APBA). Its race events combine high-speed, free-to-watch sport and family entertainment, attracting hundreds of thousands of spectators and millions of television viewers around the world, also playing a valuable role as an effective destination marketing tool. P1 Offshore delivers high-caliber events that generate significant levels of inward economic investment at host venues, together with the commercial platform created for sponsors, partners, and the wider marine industry. The key drivers are increased competitor numbers, a host of television broadcast deals around the world and rising spectator numbers. P1 recognizes the ever-increasing importance of sports events in the travel and tourism industry, designing and activating its race events to enhance the profile of venues, drive visitor numbers and boost the regional economy. Creative marketing and strategic partnerships are essential ingredients in achieving these results. Powerboat P1, the parent company of P1 Offshore, was founded in 2002 and since then it has staged more than 600 powerboat and personal watercraft races in 18 countries on four continents.

Class 1 is the premier class of offshore powerboat racing in the world and is considered to be one of the most spectacular marine motorsports. A Class 1 race boat has twin inboard 1100hp engines and can reach speeds in excess of 160mph. All boats are limited by a minimum weight of 11,750lbs. In October 2020, the Union Internationale Motonautique (UIM) assigned the international rights to stage Class 1 offshore powerboat racing to Powerboat P1. The agreement is for ten years and includes organizational and promotion rights to the UIM Class 1 World Championship. P1’s relationship with the UIM spans almost two decades and its aim is to take Class 1 back to where it belongs at the pinnacle of offshore racing. The agreement gives P1 the opportunity to grow the Class 1 championship in the United States and at the same time develop plans to globalize the series over the coming years.

P1 AquaX is the fastest-growing watercraft race series in the world. It prides itself on attracting the best riders and the fastest off-the-shelf watercraft with speeds in excess of 80mph. Its rapid growth is owed to a simple, accessible yet challenging race format that appeals to today’s personal watercraft users.

Visit Sarasota County leads and supports the tourism industry in Sarasota County by providing the highest quality, and most innovative, marketing programs and promotions to ensure the continued growth of tourism and travel from visitors around the world. It is the mission of VSC is to make Sarasota County the must experience destination on Florida’s Gulf Coast. Sarasota County welcomes more than 2.7 million visitors annually. Within its 725 square miles, the county serves up a diverse menu of cultural and recreational activities and attractions, including award-winning dining, world-class fine arts and performing arts, professional and amateur sports and the area’s circus heritage. To learn more, visit www.visitsarasota.com or engage with us on Facebook, Twitter, YouTube, Instagram or LinkedIn.