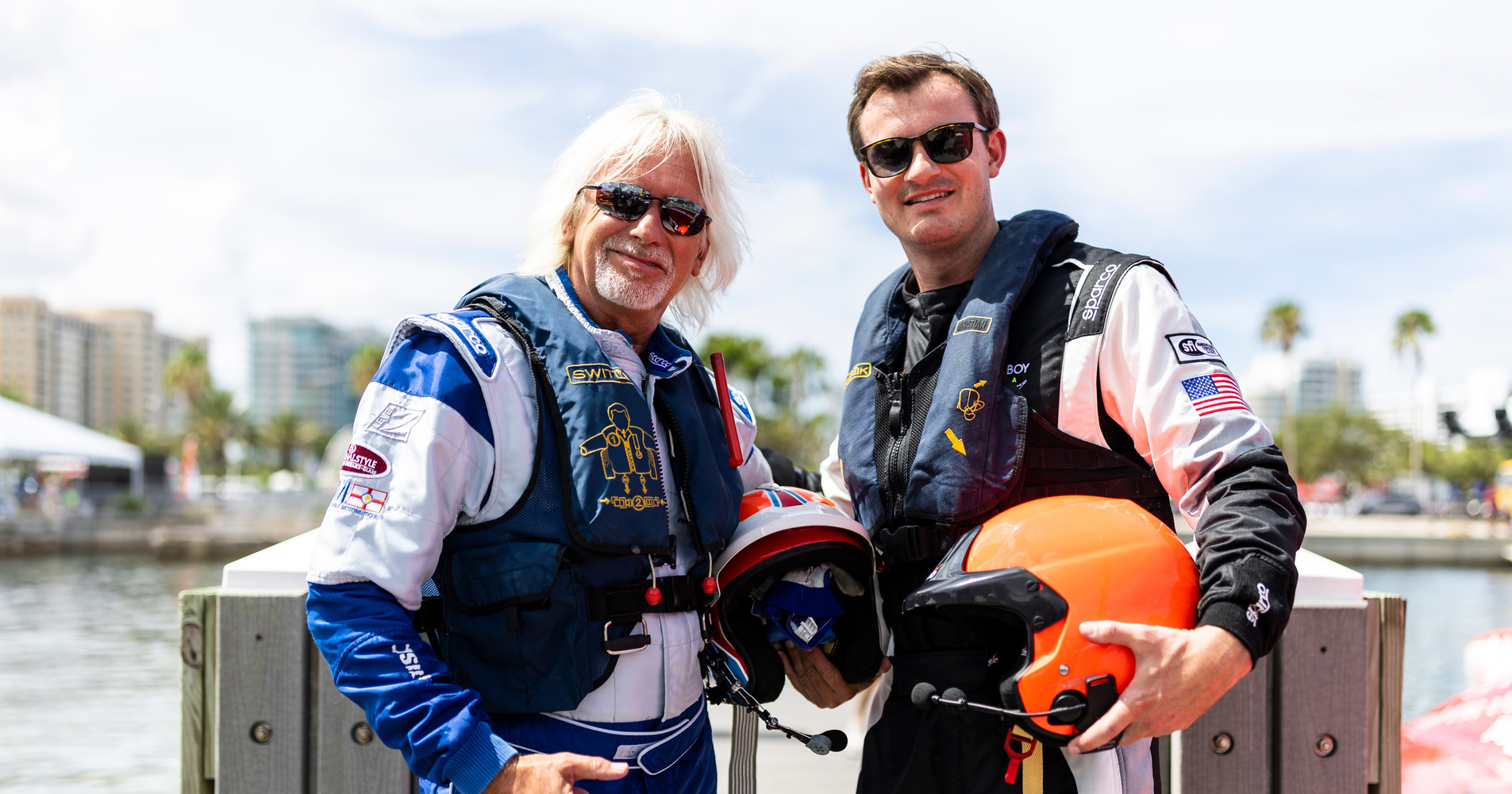 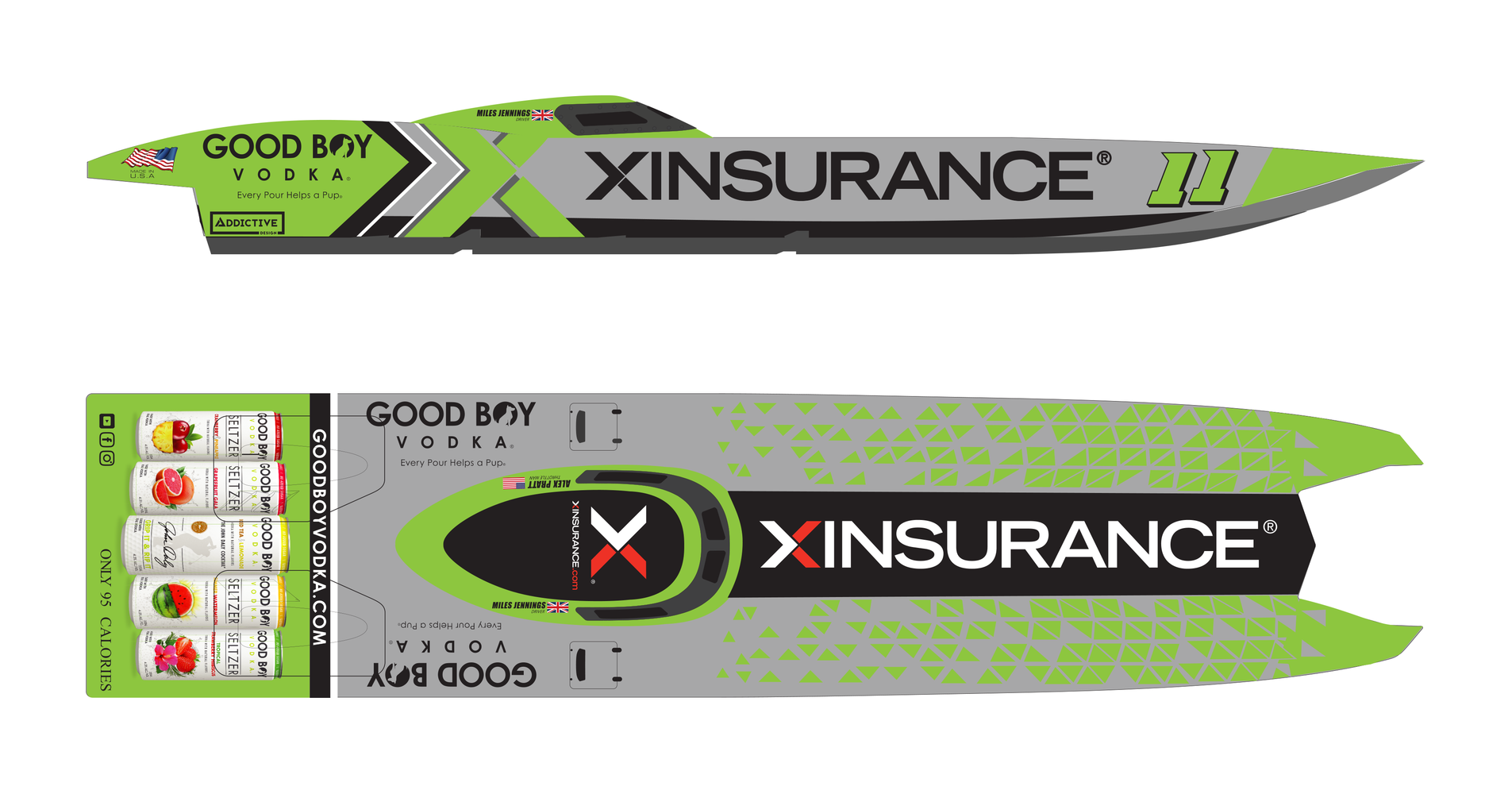 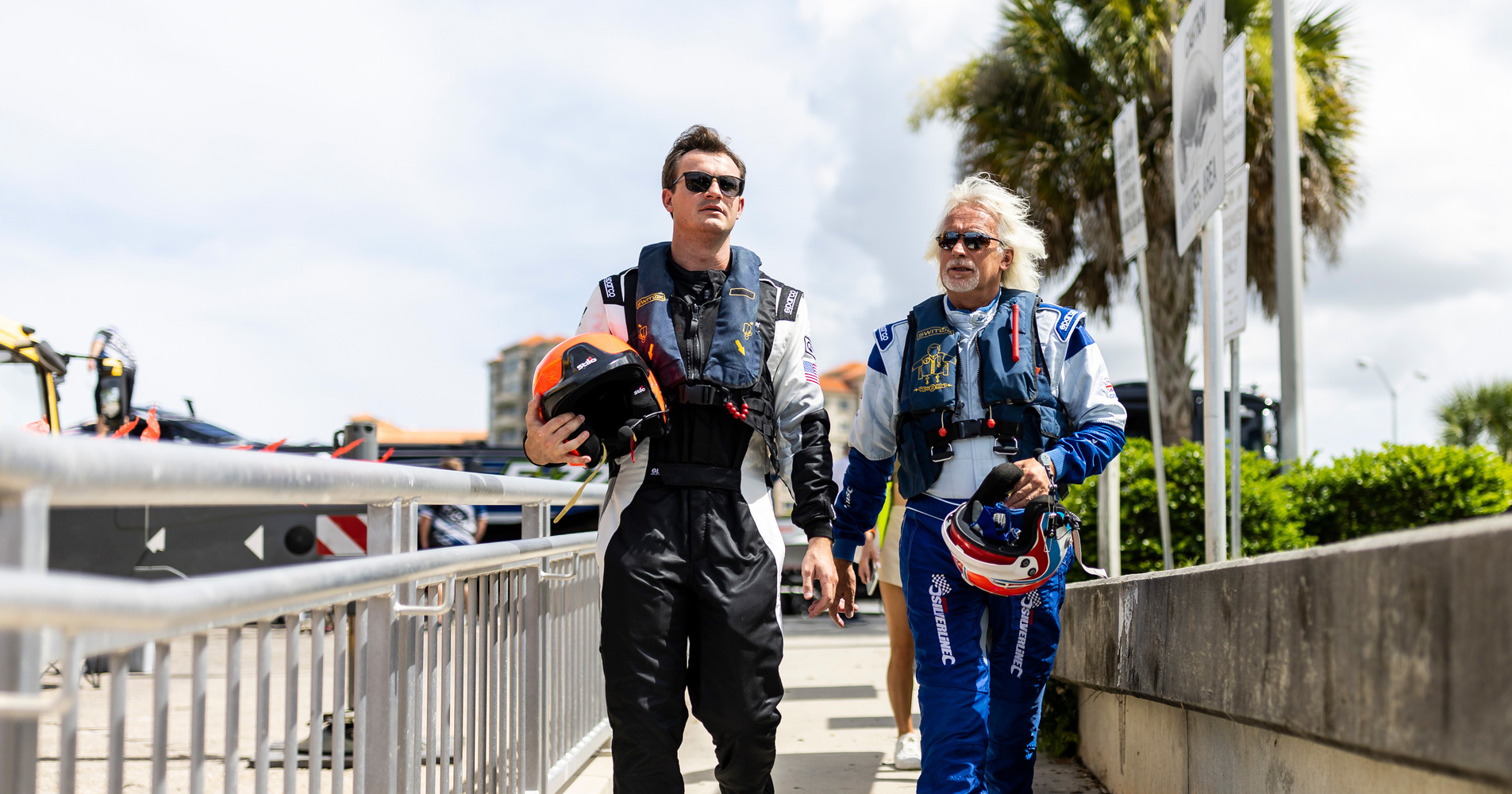 Rick J. Lindsey and his team at XINSURANCE provide solutions for almost every industry across the board and they truly think outside the box for their customers.
Alex Pratt
XINSURANCE Good Boy Vodka Racing Racing Team

Powerboat P1, the exclusive international rights holder to the UIM Class 1 World Championship, has announced that Alex Pratt is launching a new Class 1 race team ahead of the next event in Michigan City on 7 August. Throttleman Pratt competed alongside driver Miles Jennings for Cayman Islands-owned 345 Racing in the opening two rounds of the championship in Cocoa Beach and Sarasota, and he has now acquired a 45-foot 2019 MTI catamaran from the Performance Boat Centre to race in the remaining four events this season.

Pratt will continue his relationships with Jennings and principal sponsor XINSURANCE, with his own Good Boy Vodka brand becoming joint team sponsor to create XINSURANCE Good Boy Vodka Racing. The new team will be based out of southwest Michigan and Naples on Florida’s Gulf Coast and will race with twin Mercury Racing 1100 Competition engines. 345 Racing’s Victory hull boat is undergoing repairs to damage caused during pole position qualifying in Sarasota earlier this month.

27-year-old Pratt, who splits his time between his hometown of Clearwater on the Gulf of Mexico and southwest Michigan, founded Good Boy, a premium, lifestyle vodka, in 2020 and positioned it to support animal charities and Veterans. The co-sponsor will be XINSURANCE, a business established some 40 years ago that provides customized speciality insurance for ever-changing risks and issues such as speciality liability, property and casualty insurance. “Rick J. Lindsey and his team at XINSURANCE provide solutions for almost every industry across the board and they truly think outside the box for their customers,” explained Pratt.

Pratt has been involved with motorsports for many years, initially racing motorcycles before moving into performance boating. “Good Boy Vodka and XINSURANCE have expanded our partnership into offshore powerboat racing where the aim is to provide a unique racing experience at each Class 1 event and attract more young people,” said Pratt. “Class 1 is the summit of the sport with the best boats, best drivers and the best equipment in the world, and Powerboat P1’s international TV broadcast deals and live streaming take the racing into fans’ homes worldwide.”

The 2022 UIM Class 1 World Championship features eight races at six venues in the United States from May to November. “The pairing of Alex and Miles is an exciting combination, with the youngest racer in the championship alongside a driver who started his powerboat career in the 1970s and has racing in his blood,” commented P1 CEO Azam Rangoonwala. “Miles’ titles include 5-times world champion and 12-times British champion, and Alex is determined that XINSURANCE Good Boy Vodka Racing Racing will make its mark across the rest of the season.”